The Crew goes to a concert: The Getup Kids

Home » Music » The Crew goes to a concert: The Getup Kids

One of my favorite bands of the second wave era of emo music is The Get Up Kids. They were a consistent early opening act for Green Day, Dashboard Confessional, and Weezer, and inspired some of the most popular bands to come later in the genre like Blink 182, New Found Glory, and Fall Out Boy. I know what you may be thinking, “but Peter, didn’t Blinks first album come out before The Get Up Kids first album? To you I say, go fuck yourself =)

I moved to Florida when I was 18, drove down in a car by myself scared shitless. What was the soundtrack of the day? Damn right, it was The Get Up Kids.

This isn’t the history of the Get Up Kids though, I leave that for Jessica. This… is the story of the time The Crew went to see them live in Boston Massachusetts.

It was the summer of 2018 and a good time was right around the corner. The friends who joined me shall remain nameless with respect to their privacy (it was Jon, Jen and Jess) but they were able to secure THE FRONT ROW! That’s right, we were right up against the stage from start to finish.

Ageist was the opening act, straight from Brooklyn. The Band all had red shirts on. They were loud and fun, but not really the best band I’ve ever heard. My assessment within a few songs was that I liked the energy, one of them spit on Jess by accident while screaming (I told you we were close) and I thought the Bass Player was the personality of the band, but really should kick it up a notch. All in all they were forgettable I guess, not to be harsh. The drummer is too good for them, and should find a better team to play for. 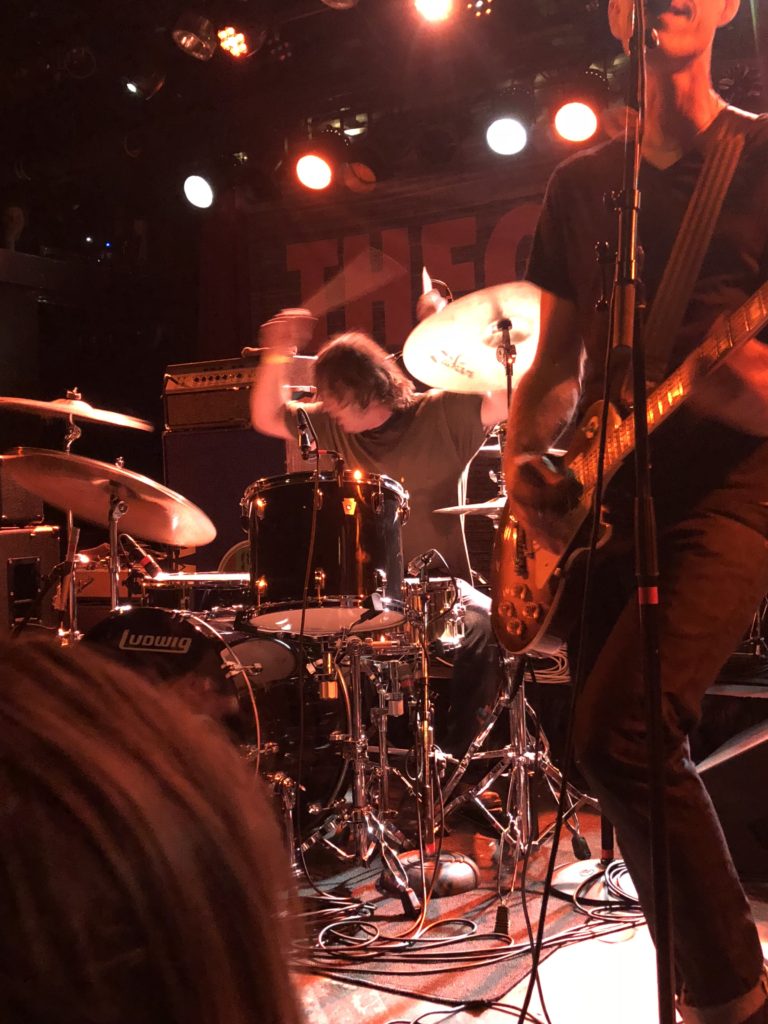 Drummer was the talent for sure. Guy crushed it.

Next up was RaquetClub, these guys rocked. They all had grey shirts on. The singer was a true front man and new how to sing. He sort of looked like a combination between Billy Corgan and Thanos alien assistant who resembled Voldemort, but in a t-shirt. See what I mean: 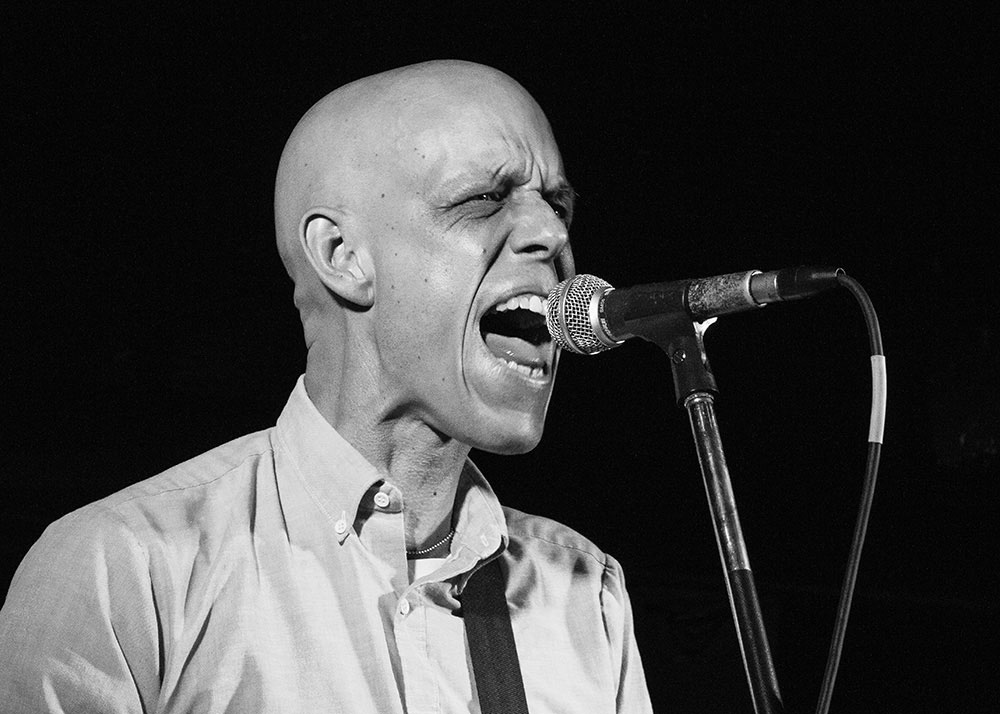 Anyway, his bone structure aside, the guy WAILED. Was really the highlight of the first two acts for me. I combed Jon’s beard somewhere towards the tail end of the act. It was a good act. Even though I liked the previous drummer a lot, this one was even better. I never really noticed cymbals rattling like and shaking as if I was inside The Matrix before this moment of my life. Have I been missing out? Does this always happen? Or maybe have I just never been this close to a screaming rock band before? Either way, it was rad.  I’m not gonna really talk about this act too much more, because guess what… the headliners stole the show.

The Get Up Kids took the stage around 9pm and man did they…wait wait wait, back up. The Bassist for the Raquet Club was a very handsome man. I’m into ladies myself, but I have to say, he was like a cross between Ryan Gosling and Harrison Ford in Indiana Jones. Sigh….

On to the headliner! The Get Up Kids took the state around 9pm and man did they deliver.

Being so close meant we were lucky enough to see the set list laid out on the ground, now you can too thanks to Jons long arms. 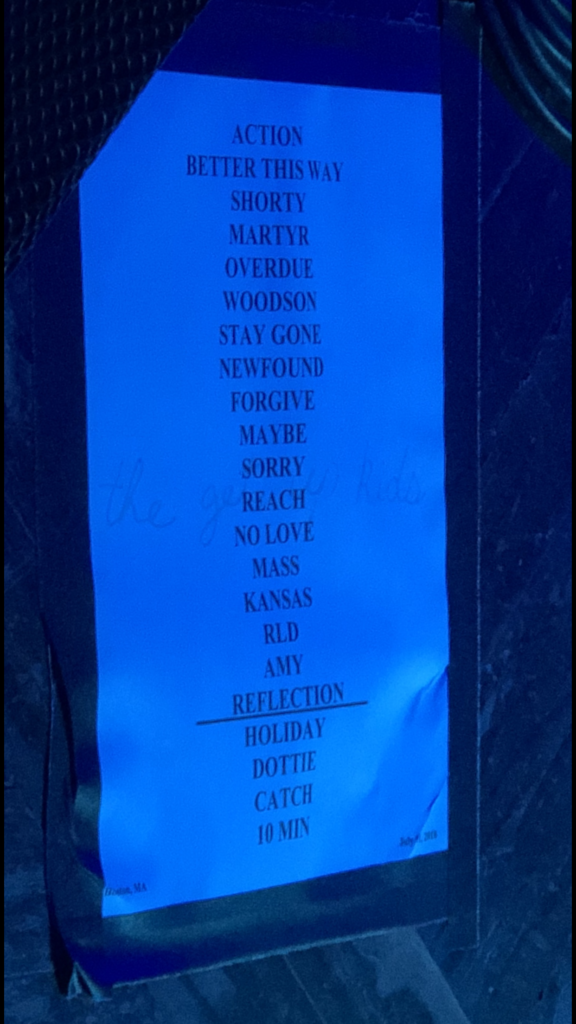 It was at this moment that I had the opportunity to make a new friend, one that I excitedly DECLINED. A girl near us wanted the image we took of the set list, she suggested to me  “I know this is weird, but can I give you my number so you can text me the image of the set list? I won’t keep your number or text you later or anything, I’d just really like that image too ok?” It was innocent enough, so of course I said exactly what you’d think I said” NO CHANCE KID. I took a moment to feel cool and showed her my wedding ring and said “I’m not giving my number to NOBODY”

I know I know, she didn’t want me, she wanted the picture, I’ll take my moment when I can get them though thank you very much. I told her to take a picture of my phone with the image up, and thus she had the list. Satisfied?

They came in like a band who hadn’t been playing these songs for 1/2 their lives but with big smiles and and a true energy. After a few tracks though, they spoke more about their long career, having written these songs 20+ years and having been inspired by the Boston music scene of years gone by. Yes they played Mass Pike and they even played a very old song that they “haven’t played in more than 10 years” Newfound Mass. It was awesome. 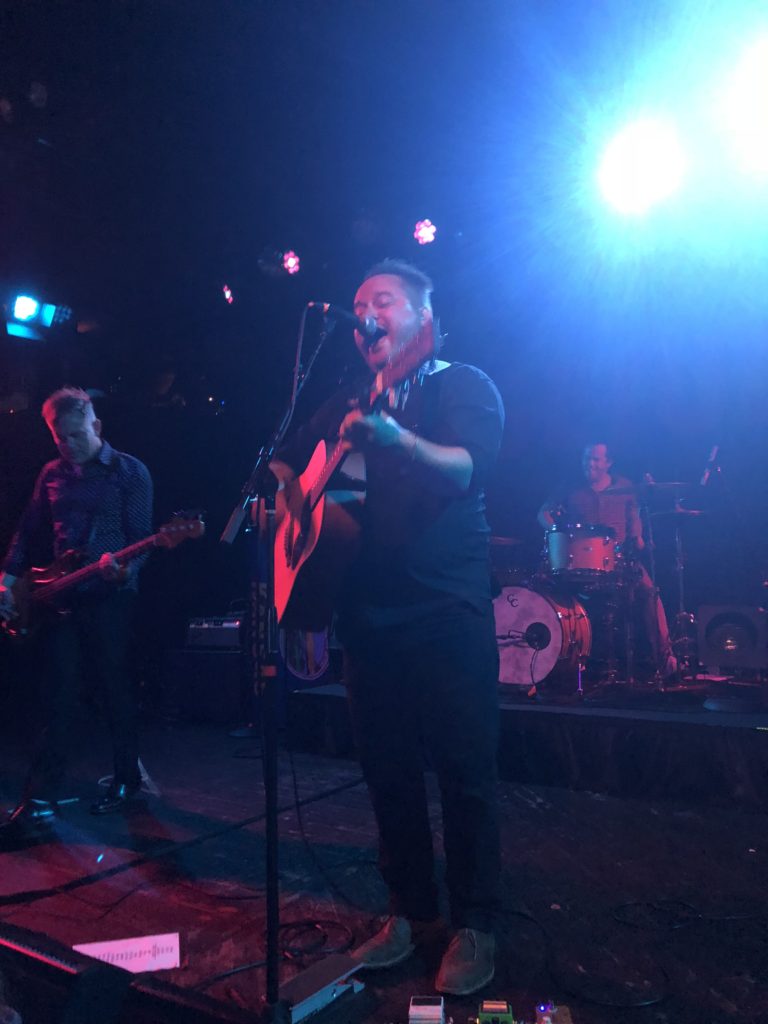 The crowd got pretty rowdy during their set, and being in the front meant that they we were getting pushed and shoved a lot. While my Jen and Jed were both home (because they don’t like good bands) so I took it upon myself to be a bit of a barrier between the pushers and the smallest member of crew (Jess). Let’s be clear about something though, Jess is the smallest, but easily the fiercest of us. I through an arm on the side of her to hold myself up against the gate, not to stop her from being pushed, but to stop the pushers from being killed by her if they did.

The night went off without any real hitches. They performed to their best ability. As someone who’d been listening to them for 20 years, they sounded as good as the first time I heard them play when they were in their prime. When I go to these pop punk shows, I know I’m going to be on the older side of the crowd now, but it makes me excited when I see my contemporaries coming out to done their old music t-shirts and studded belts, but I also take solace in the reality that they kids are their too. The Getup Kids were never too famous, but they were a big part of my development back then. To see that even though they aren’t making major waves in the music industry they still inspire teenagers who are taking steps towards being adults, rebelling in small ways, forming their own identities and love of self expression… all that crap.

The energy was palpable and it was fun to rock out without worrying how old I was. Here are a few of my favorite tracks from back in the day.