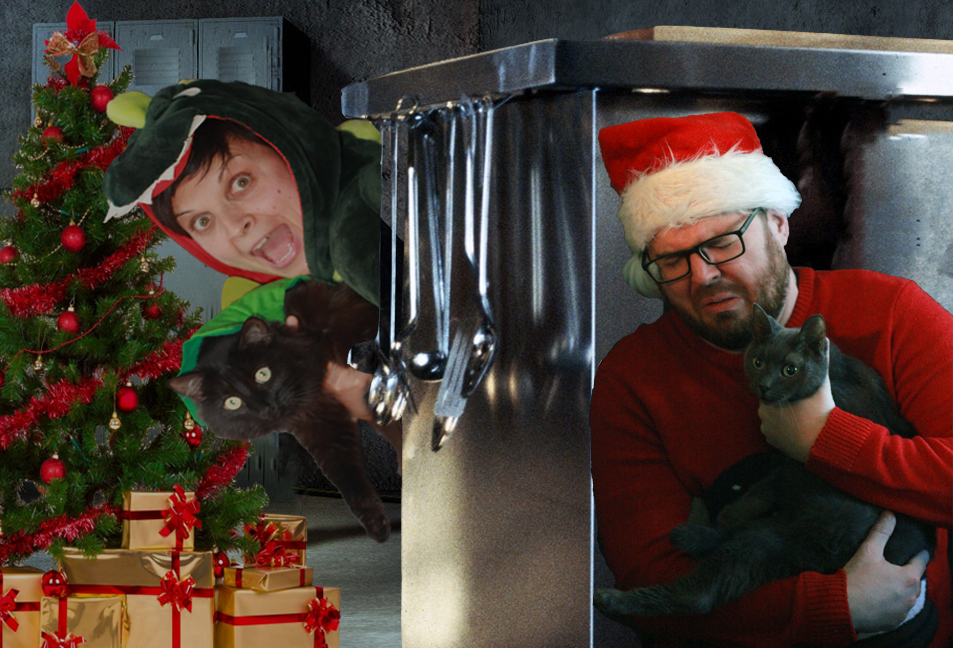 Hi. I’m Malcolm, a 6 year old black domestic short haired cat from the streets of Boston. I found my forever home with 2 hipster librarians and a crazy younger brother named Oscar.  In case you don’t know, I’m pretty famous. I’ve been in a Baker & Taylor cat calendar (Mr. November 2017), the star of two paintings, and even a tattoo. My owners really love dressing me up and making me the stars of their Christmas cards much to my loathing. Humans are jerks sometimes, but I’ll do almost anything for dehydrated chicken treats.  I love to snuggle. Seriously, I will lay on your lap for at least 5 continuous hours. You better use the bathroom before you sit down. And since we’re sitting on the couch, I like to watch action films.  Here are a few recommendations: 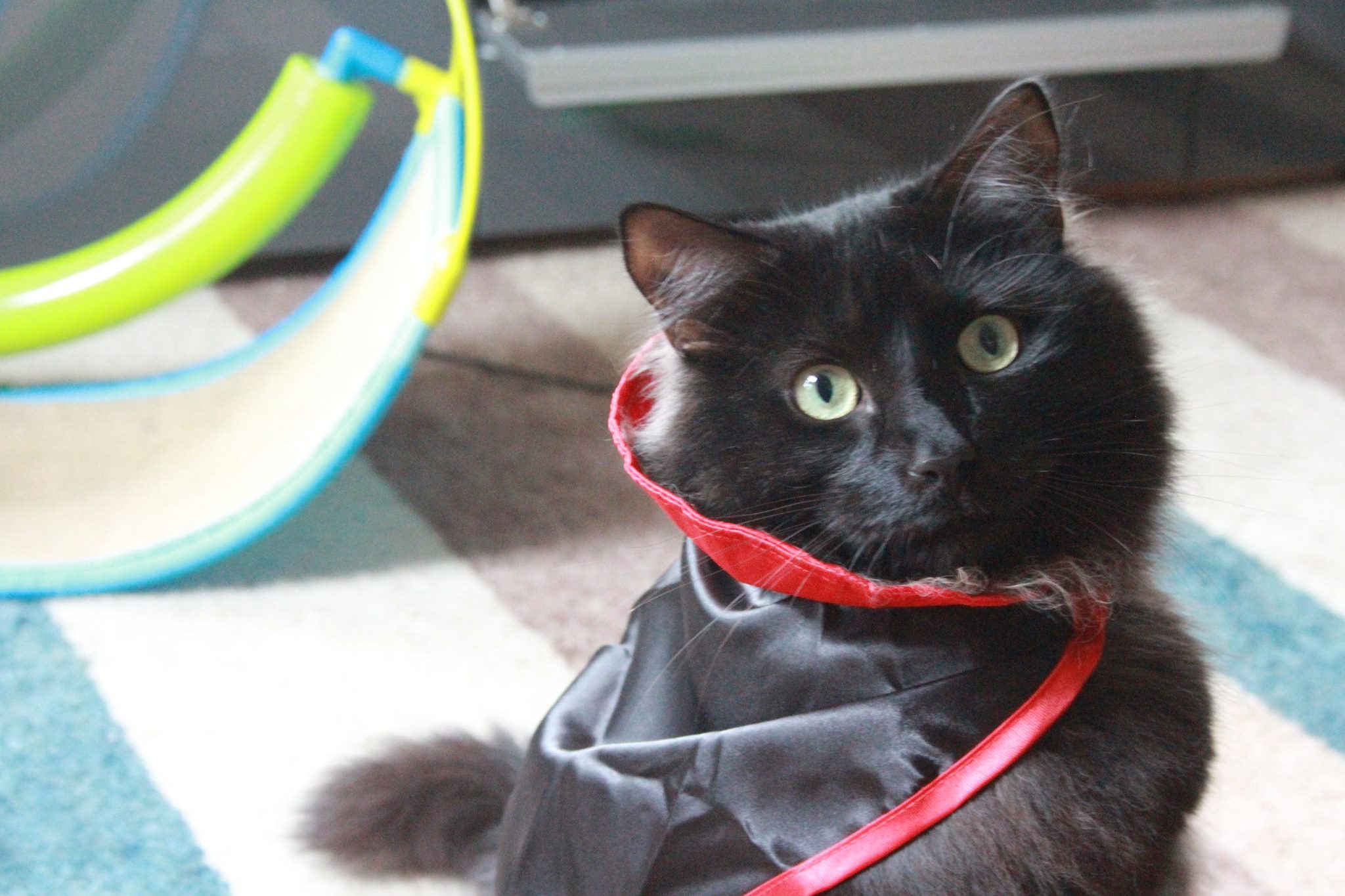 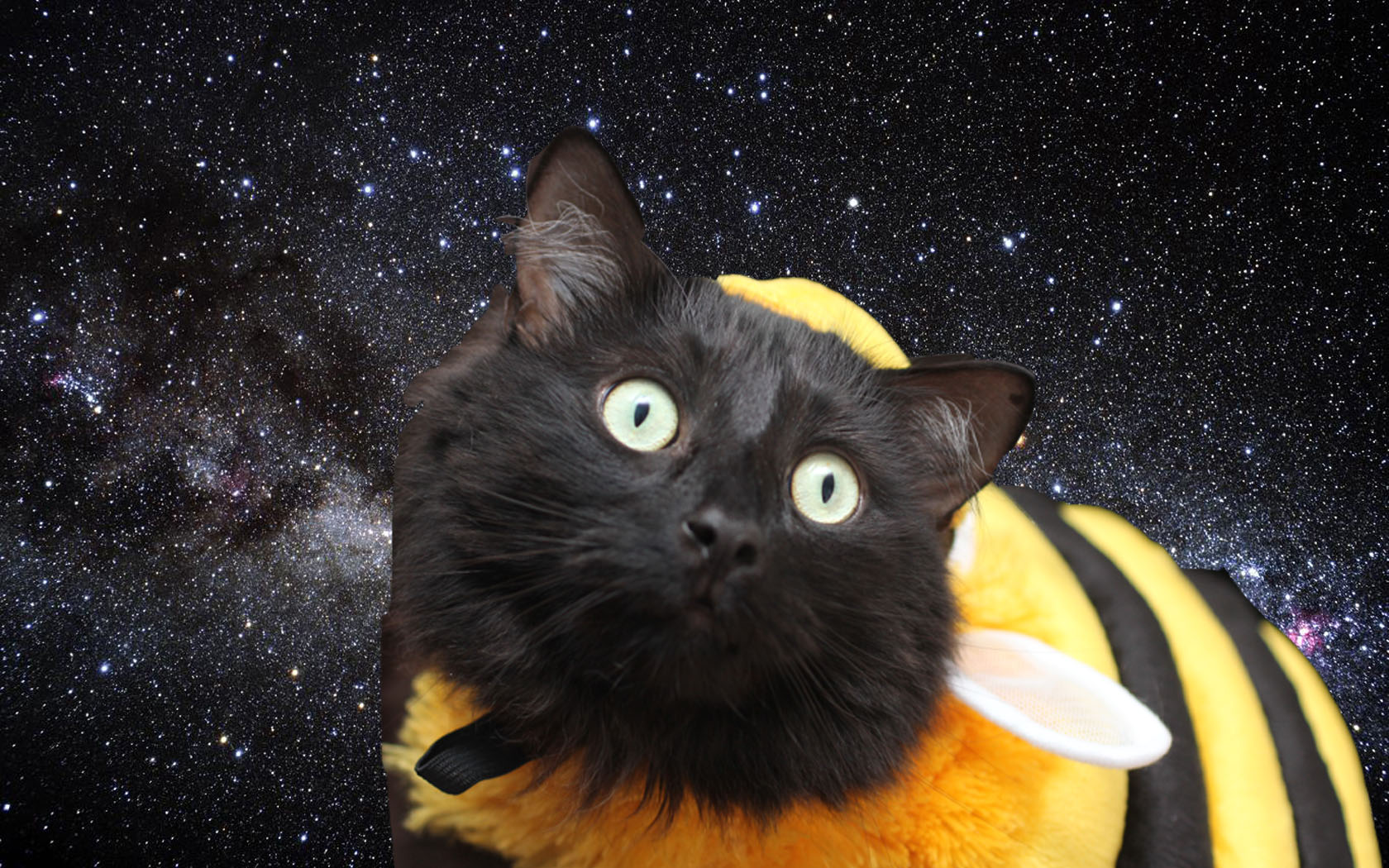 1.  Anything with Arnold Schwarzenegger: (well almost anything) Terminator (1 & 2), Total Recall, Running Man, and Predator. He has the BEST lines.

What whit! These are things I would say to my humans if they understood me.

Stay away from Jingle all the Way and Junior.

I haven’t seen one cat robot in this series which is why everything goes to hell.  The next world should be cats visiting human robots worlds where the humans are slaves to the whims of every cat…oh wait that’s my life.

I’ve been told this is our Christmas card for 2018 which is fine as long as I get to be star John McClane (Bruce Willis).

Keanu Reaves tries hard to live a normal life. They kill his dog (which I’m OK with..), then he rampages.  He should have gotten a cat then at least he could have clawed some eyes out before he went down.

A high school class travels to an island and they have to kill eachother.  My brother Oscar and I chase each other all the time especially through tunnels.  If only I could wield a weapon with my paws…

There’s a bomb on the 4 wheeled loud thing and 2 good looking humans with nice laps, my humans say they are Keanu Reeves and Sandra Bullock, must keep the speed above 50 mph in L.A. traffic or it will EXPLODE!  I’m not sure where my humans go in their 4 wheeled loud things. Maybe everyday is like this and that’s why they are so grumpy when they get home?

Jonsey, the orange cat is the true hero and star of this film against the large insect thing. I call my humans and alert them to insect creatures too. They must kill them. I enjoy that tall skinny human cryosleeps with him for 57 years after their ordeal. They both needed it.